One of the main step to living a healthy, longer and strong life is to reduce the level of sugar in your body. It’s true that without sugar our food can’t have the exact taste that we want but also there’re more benefits to reducing sugar intake in the body. There’s a wise saying that everything that is sweet will eventually have a bind disadvantage to it and it’s the same thing for sugar. Sugar in its original state(raw sugar can) is found to provide you with minerals such as Phosphorus, Calcium, Magnesium, Potassium and Iron respectively to the development of your body.

But the problem with sugar is that the more you over use it the harmful it becomes to your body, for example shutting down your insulin and thereby not been able to convert blood glucose level into energy for the other cells of the body. Therefore, it’s always advisable if you can reduce/minimize yourself also everything sweet such as soft drinks, which is the core point for obese, diabetes, inflammation and other liver diseases. 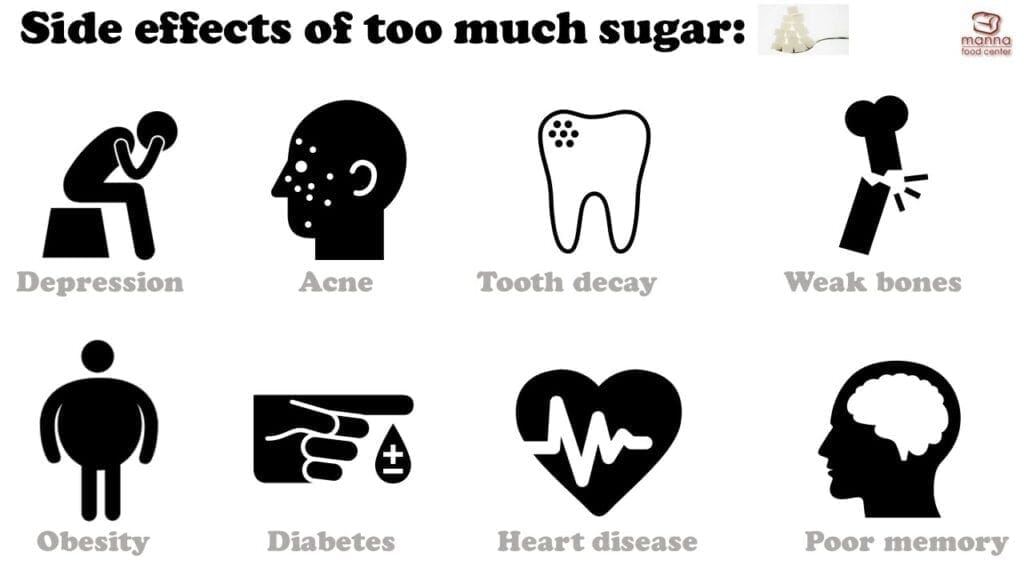 Side Effects of Sugar in The Industrial Production of Soft Drinks

The soft drinks industry plays a major role into trick its consumers for consuming more than the average dose/intake for sugar per day. On an average sugar men should consume no more than 9 teaspoons/day and for women no more than 6 teaspoons/day which is beneficially right as an intake per day for a person. What you’re missing notes on is that, on varies researches made has revealed that the most soft drink industries goes beyond the limited intake per day for a person. What was found was very shocking because most of these industries uses minimum of 10 teaspoons to a maximum of 16 teaspoons per can/bottles produced.

This is why it is important to know the benefits to reducing sugar intake because once you consume a full can of these major brands of soft drinks, you’re likely to be done with the sugar level/intake you’re suppose to have in a day. On other side a lot of us might never know about this information and will likely consume even more sugary products which is where the side effects kicks in. You may not develop an immediate risk to the level of sugar your taking but if you don’t control yourself and keep been ignorant about health, you’ll eventually pay a big price when the side effects starts to kick in. 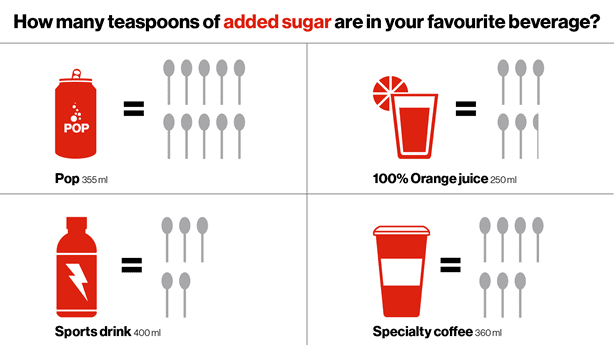 Muting Sugar Quantity To Hide The Evidence of Excessiveness

You may be thinking how these soda industries gets to escape with the sugar concentration without leaving any evidence of over concentration. Well that’s how you’re tricked to consume more sugar per day thinking that it’s okay to even drink more. The secret behind this whole thing is to sell you the diseases(side effects) and then later you’ll be suffering from the negative effects from overly consuming sugar and guess where you’ll seek for help, the pharmacy or the hospital. The whole thing is to make money from your lack of control or addictions,

Why you don’t notice/taste some much sugar in these soft drinks is that a chemical called phosphoric acid is added to these sodas when it’s still in the production process. This chemical is also know to mute any amount or quantity of sugar in a particular soft drink, muting it to the lowest level as possible, and even when the soft drink is tasted after the production one can never identify that much sugar quantity it holds(thus masking the end product).

The side effects of phosphoric acid in most of these soft drinks is that after it settles in the intestines and it’s ready for digestion, it removes essential minerals from your intestines like magnesium and other food nutrients which was to be distributed to your blood stream for the well been of yourself into bladder as urine. This also means that you’ll never have any benefit from eating good because in the end you’ll end up urinating all the nutrients away when you keep overly consuming soda/soft drinks.

As humans, we all search on how to improve a quality health life as well as asking ourselves questions like

Heenan’s Five Rules for Having No Food Rules

Britney Abs Are on Full Display In Her Newest Workout Video

How to Manage Food Intolerances

10 Ways to Give Back Through Exercise

5 Realistic Ways to Shake Off Stress

Some Back Work Out You Can Do At Home.